What is a smart home? How Smart can your interior design actually be in 2022? 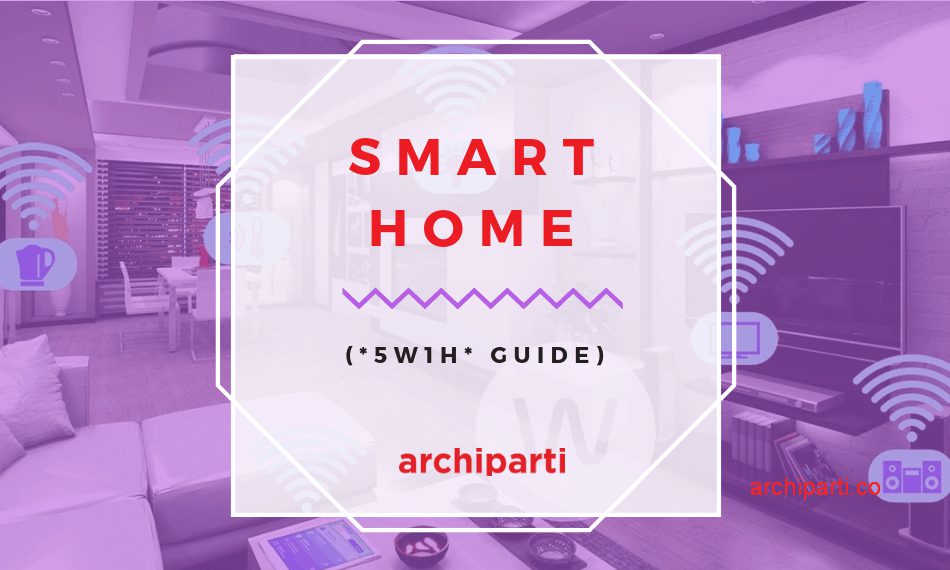 In this modern age of technology, one wonders how we can integrate technology further in our lives. One way to achieve that goal is the introduction of home automation in our lives. The concept of Smart home is a great way to modernize your lifestyle. However, anyone interested in renovating their house has hard time finding the relevant details on the internet because it is so fragmented. With this article, we would gather the relevant details regarding smart home automation in 2022 and sum them up in one place.

Smart home automation is not a new phenomenon. The idea of self-reliant home automation systems has been alive in the imaginations of countless sci fi writers for the past century. Self-vacuuming floors, state-of-the-art home security, intelligent voice-activated gadgets. For some, these concepts are still confined to the realm of fiction, but for many, affordable smart home technologies are a thumbprint away.

Smart home products have been primitive over the last two centuries. The Industrial Revolution opened the floodgates of new-age automation systems. It would be decades before these machines would filter into home-use. 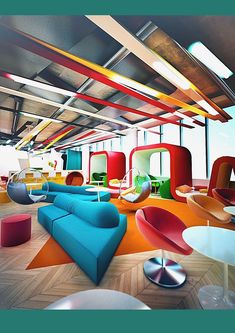 Why spend hours knitting a jumper when you could get a machine to do it for you? You could devote this time to learning a new skill, cooking for the family, or socialising. The legacy of the Industrial Revolution was a reordering of our production systems. Electricity and the steam engine anticipated the invention of the steamboat, the aeroplane, the vacuum cleaner (originally powered by a small engine before going electric).

Antecedent technologies always inspire newer ones. The vacuum cleaner was a leap in home automation. During World War One, the washer and dryer were invented. The robust economy built on the application of these new technologies allowed for the growth of the middle-class family in the west. Electricity meant bringing families out of the squalor of darkness and into the futurama of possibilities. Disposable income promised greater security, the ability to put down roots, inspired the development of sturdy prefab houses as social shelters from the bedlam of crime and noise that were the cities.

Peace. Half-acres of automated-sprinklers, corded phone conversations with friends, and outdoor electric barbecues with neighbours. Comfort, security, and convenience were all at your fingertips as you watched the garage door roll open for your Chevrolet, or seeing your children enjoy the leisurely evening on the porch without fear of mosquitos thanks to the bug-zapper.

These are all the Jetsonlike technologies of 50s and 60s America, but the real cosmic shift into smart home devices came in the mid-80s and 90s with personal computers. The smaller the technologies got, the easier it became to customise and domesticate. The first stage of wireless technology served very noble functions. Lifecall, for instance, the emergency service button that geriatrics would carry, could alert multiple authorities at once.

Smart home automation options grew out of the computer age, but only the richest could take advantage of it. That all changed around the beginning of this century. By 2005, 65% of homes had a computer compared to 38% in 2000. Like the middle-class explosion before, economic growth had made what once was dear surprisingly affordable.

Companies that were established for the singular purpose of popularising the integration of the smart home automation system with the global market became the newest rags-to-riches fairy-tale. For example, since the early 2000s, Control4 was looked down upon by industry moguls. But their proud innovative vision remained unbeat. Their philosophy was that everyone should be able to reap the benefits of smart home automation, no matter their income bracket. They persisted throughout the years like industrious Cinderellas, until they could grant their services to the masses, under the auspices of affordability and adaptability. Today, the company is trading on NASDAQ and have bases in eight countries worldwide. Those in-the-know technocrats like Innovative Sight & Sound use the company exclusively for their catch-all expertise. 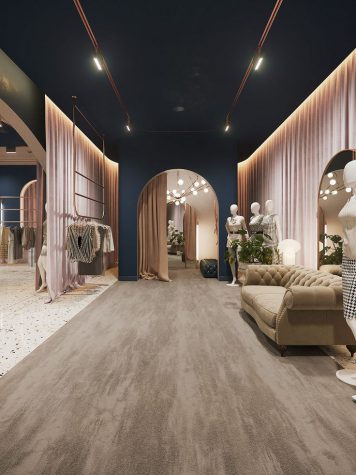 Today it’s easier than ever to retrofit your home with WiFi-enabled automated technology. Cost to renovate a house through home automation companies like Control4 or OneButton typically range between $50,000 – $75,000, but many have discovered that DIY produces the best returns when retrofitting.

Raspberry Pi and Arduino are two credit-card size computers you may have read about that selected UK schools use to educate children about computer engineering. They provide centralised hubs for some home automation DIY-ers looking for marked-down approaches to smart home innovation. Installation guides can be found online. The Raspberry Pi typically fetches a meagre £25, with the Arduino even cheaper at £18. But because the Arduino doesn’t have the same programmability, it can only run one program at a time, which is why it is recommended for smaller houses.

The impetus nowadays for smarter homes is, by a wide margin, greener living, and educating children on the importance of conservation. With smart home automation, light switches will disappear to cut down on wall clutter and be replaced by voice-activated, motion-sensor, or haptic lights, which monitor its wattage to deliver significant energy savings. Philips Hue are one such company that design personalised lightbulbs that can modulate their colour according to your preference, and starterkits aren’t pricy. Bathrooms can also get the ‘smart’-makeover as more and more Japanese toilets and showers are WiFi-enabled. French company Start & Blue have released Hydrao, an LED showerhead which flashes red when you’ve used excess water. Ever run out of the house in a hurry to remember that you’ve left the heating on? Now, you’ll be able to turn it off on your phone remotely.

The same human desires of security, cleanliness, organisation, convenience, and leisure existed during this period as had existed during the Industrial Revolution. All that was missing was the connectivity and interactivity of today’s cutting edge smart home gadgets, apps, and automation. Anyone who thinks smart home automation will allow us to become lazy isn’t paying attention to how labour has been constantly modified by technological precedent. The Industrial Revolution did not contribute to laziness, it simply gave us more time to devote to other labours.

The different types of smart home automation technologies are as unique as they are interconnected. But to distinguish between technological game-changers and one-time novelties, we seek that which fulfils in us real wishes and desires.

Amazon’s Alexa has proven itself to be a wish-fulfilling powerhouse in the smart home automation circuit for its voice-activated AI and its interoperability with other brands, a list of which can be found here. Smart home automation provides a single point of access to every function of the house, ideally, and Alexa is one step closer to this. Being a hub for all your queries and requests, it takes on the responsibility of many things. Having multiple remotes for speakers, TV, satellite, etc., is confusing; Alexa reduces clutter of hardware and tones the room down. Its Echo dots scattered around the home will need a strong-boosted WiFi connection but the pay-off of being able to interact with Alexa from any room in the house is absorbingly satisfying. That deafening racket you hear coming from downstairs is getting on your nerves; that’s OK, just ask Alexa to turn it off. Or maybe the problem is starting your day? With Alexa’s help, you can schedule a soft wake-up call to gradually increase the volume of the radio, in tandem with raising the blinds a centimetre every minute, and slowly ease the lighting up, making Alexa the ultimate bedroom gadget.

Devices don’t always make for the best interior design. But two devices can make up for that. Imagine a living area with a large mirror. There’s no evidence of a television anywhere. Suddenly the mirror’s reflection changes, and you’re now watching the football game. That’s the kind of subtlety which is available with Seura’s Mirror serving as your Ultra HD 4k television. At the sound of your voice your home converts into a home theatre. It’s style and finish can be customised to provide chic light-strips, and it’s Alexa-compatible, so you can brush your teeth in the morning and call Alexa: now you’re reading the news updates, right there in the bathroom mirror. 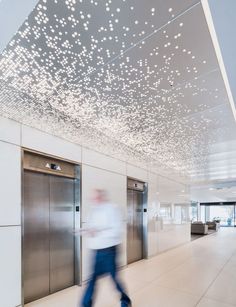 Another piece of equipment for the gallery curator in you is the Band and Olufsen BeoPlay, a wall-mountable state-of-the-art speaker system that looks more like a Kubrickian talisman than a speaker. That’s because it hides the busy-looking components so you can kick back and ask to listen to the dulcet tones of your favourite singer while absorbing a freer, organised environment, whichever virtual assistant you’re using.

As voice recognition AI technology improves, they’ll be able to manage more complex tasks as well as become a central home automation hub for controlling lights, heating, water consumption, alarms, and locks, replacing banks of manual switches with simple and elegant keypads, or nothing but your voice. The reality is that AI is already being used for complex tasks. Your phone analyses your search history to learn how to accelerate its advertisement targets; that’s one thing, but what we may not realise is that banks and other maximum-security enterprises are planning on wiping out a third of its workforce with AI. KPMG nurses a vision of an ‘invisible bank’ where all points of customer interaction is managed by virtual assistants. Likewise, a recent study by Juniper Research predicted that more than half of all US householders by 2022 will have at least one, if not more, voice-enabled assistants.

We all want to feel secure, so we lock the doors, set alarms, and double-glaze the windows. But this is all expensive. With new technology, we can hook up cameras straight to our phones, or motion sensors to our alarms or lightbulbs (setting red ‘intruder’ mode on your Philips hue can help alert neighbours to your plight). Not at home and your friend needs to get in? Simple. Deactivate alarms remotely on the app.

But for style, there are two fantastic home-security systems that are calmingly reticent and understated. The first is Netgear’s Arlo range, an outdoor camera with smart home automation functionality. The Arlo Pro 2 has 1080p resolution, cloud storage, 130˚ degree viewing, and wireless. But the issue is that even the most basic package is $439.99. 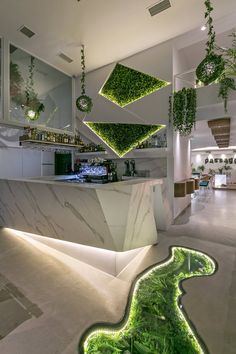 An alternative is the Nest Cam IQ Outdoor. Recording in 4k resolution is a definite luxury, but it can be useful should you want to track down your thief with quality facial recognition. It sends you a picture the instant it notices an intruder, and its two-way audio speaker allows you to scare them off by shouting through your smartphone – so you get to watch them scatter in real time. Its brand-name ‘Nest’ is a testament to its concealability, and even when hidden away, it can distinguish between wildlife and humans.

The wireless-touting generation understand that there’s nothing inherently virtuous about using paper when you can use a deforestation-free Kindle. The world is changing, and we’re on the vanguard of a new wave of automated functionality. It can be a bit scary, but we shouldn’t act as the technophobic Luddites of the Industrial Revolution. We should embrace it. Purchasing smart home automation will not only be an investment for your own convenience, entertainment, and security, it will make you feel like you’ve truly shaken off the dusty coat of the twentieth century and stepped into the remote-activated warmth of a preheated twenty-first.

VR DIY 2022: How To Make Virtual Reality Video in Interior Design?
10 Smart Furniture Ideas For Your Tiny Apartment in 2022 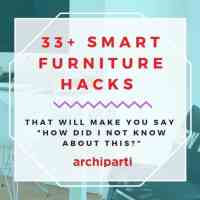 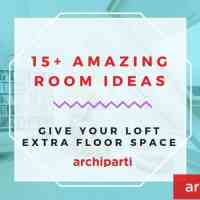